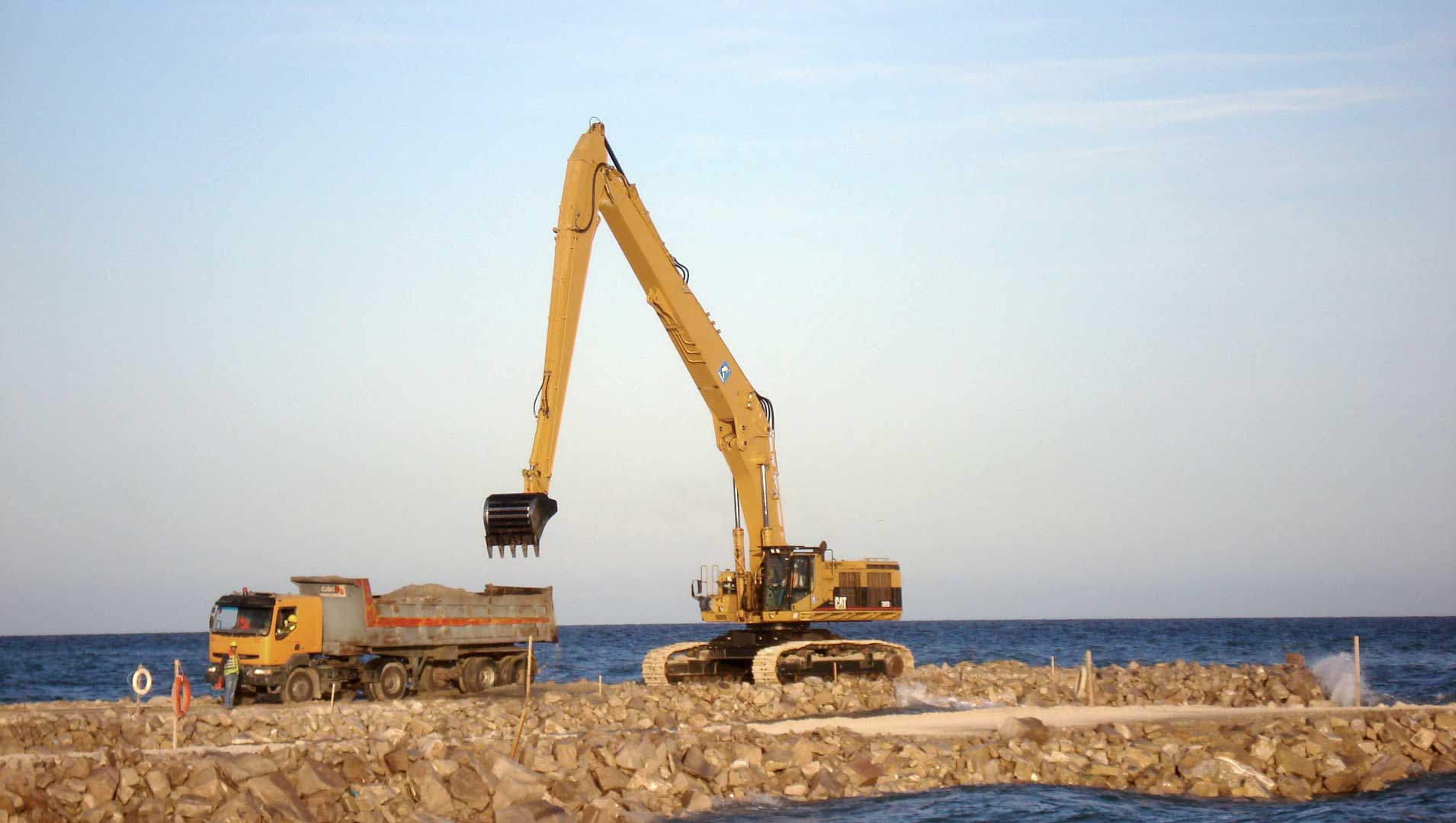 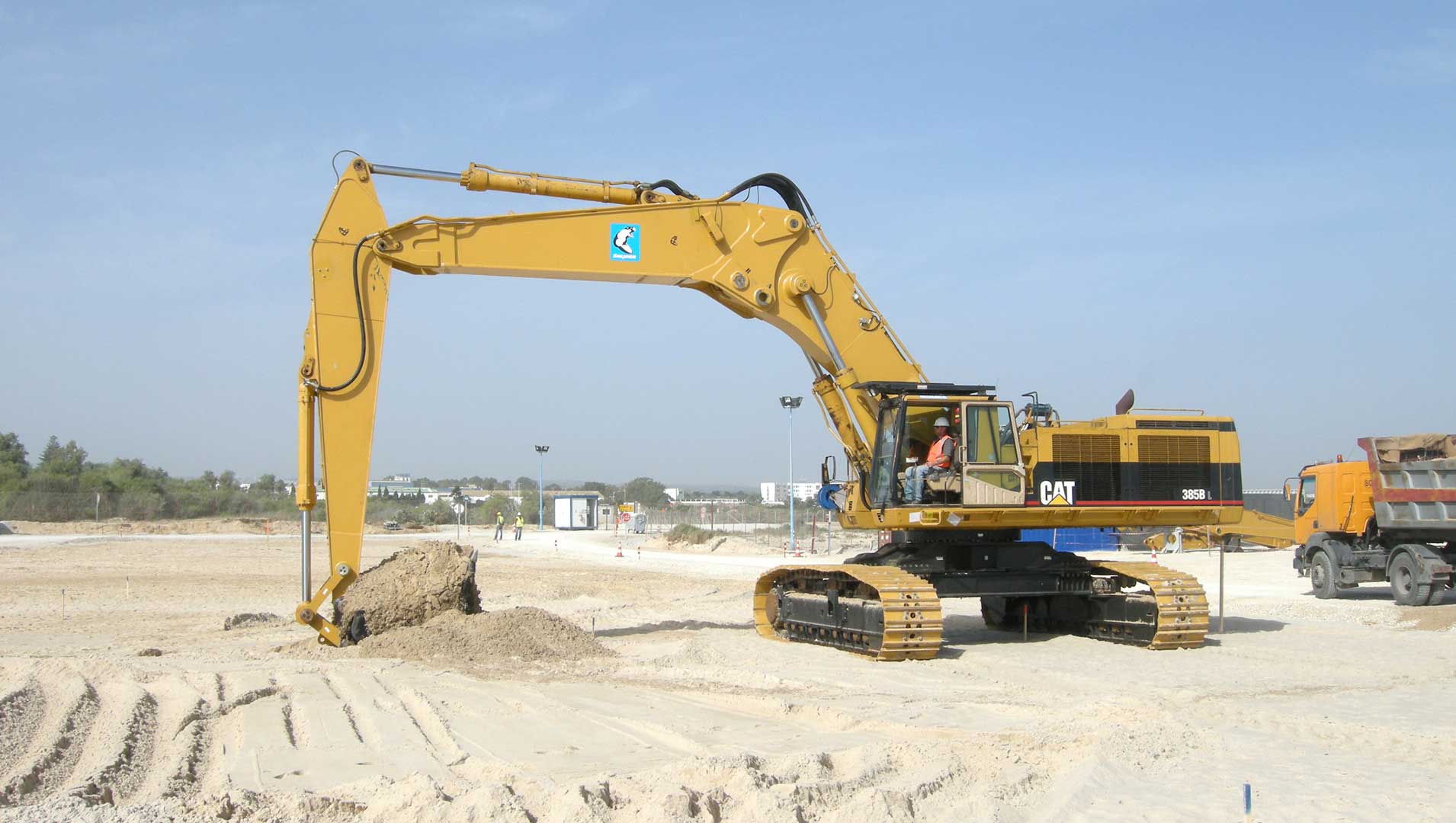 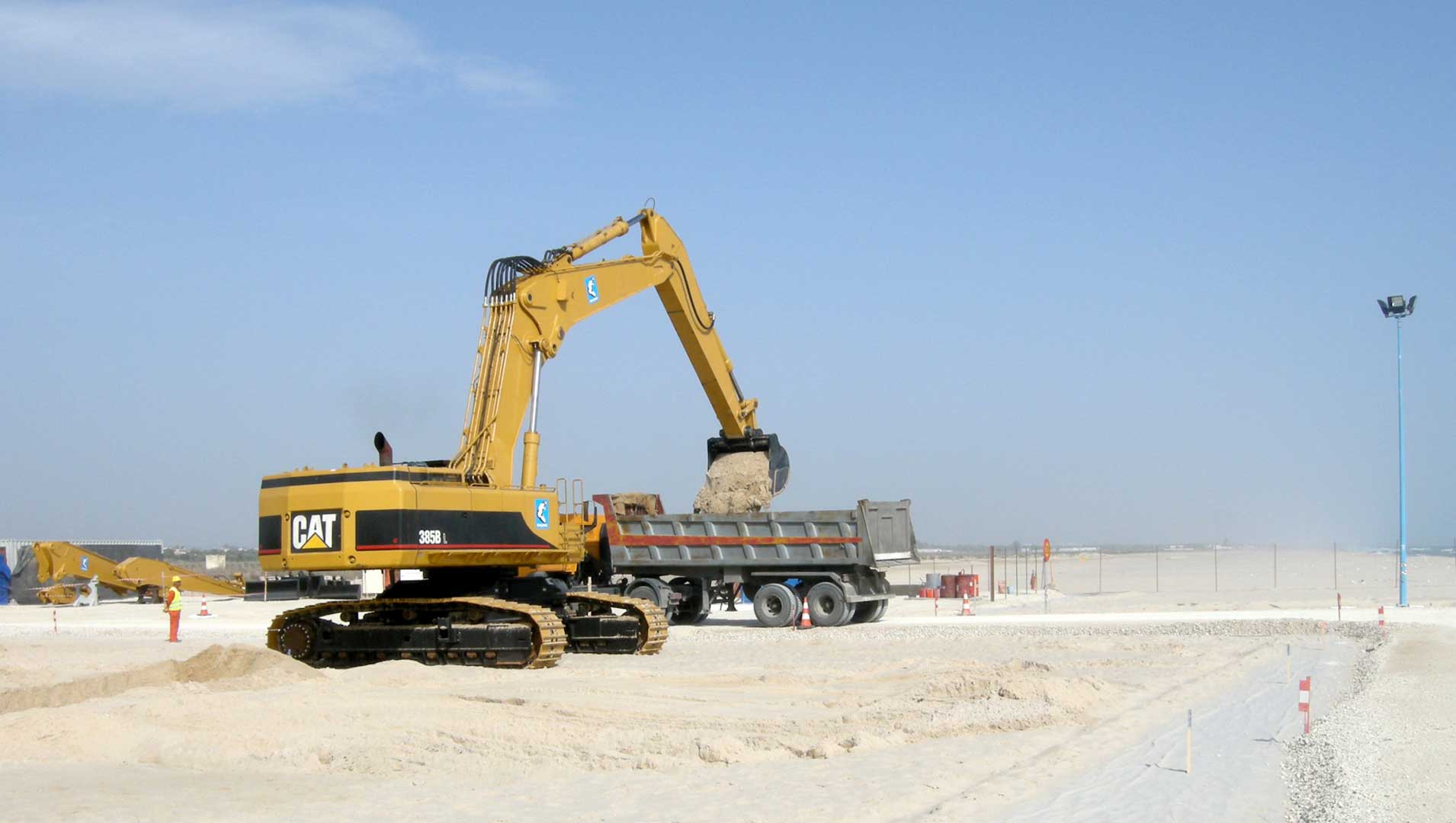 Recently, a gas field was discovered in northeast Tunisia, near the coastal town of Korba. Momentarily, a lot of work is being carried out on the construction of gas pipes so that drilling can begin in the near future. During the past six months, Snijder dug a trench for two gas pipes between the drilling rig and the mainland. These gas pipes needed to be dug at least two metres into the ground at the coastal side. Two breakwaters were constructed about 170 metres off the coast from which work with the crane could be carried out.

Snijder’s CAT 385 crane was used for this project. This crane was modified with a 25-metre long boom and stick, extra ballast weights and a widened undercarriage for more stability. The boom had a special retrofit with which the boom and stick could easily be shortened when necessary.

Digging a trench is a small-scale project, but it entails quite a lot. For example, a pipe-laying vessel should absolutely not become idle.