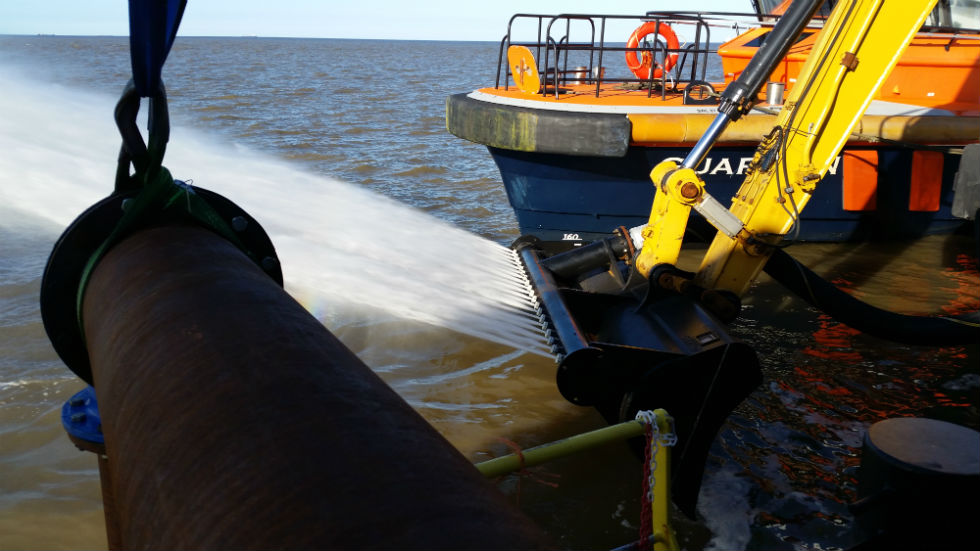 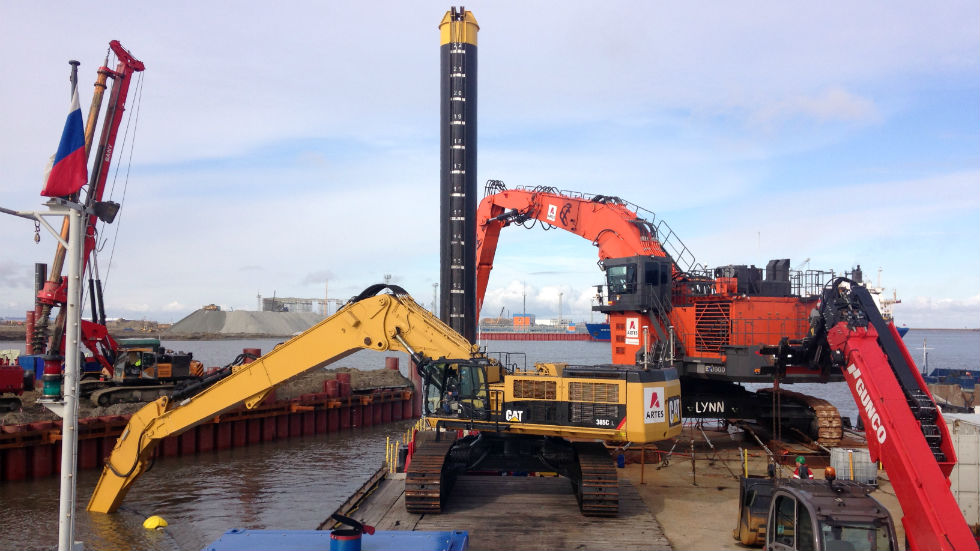 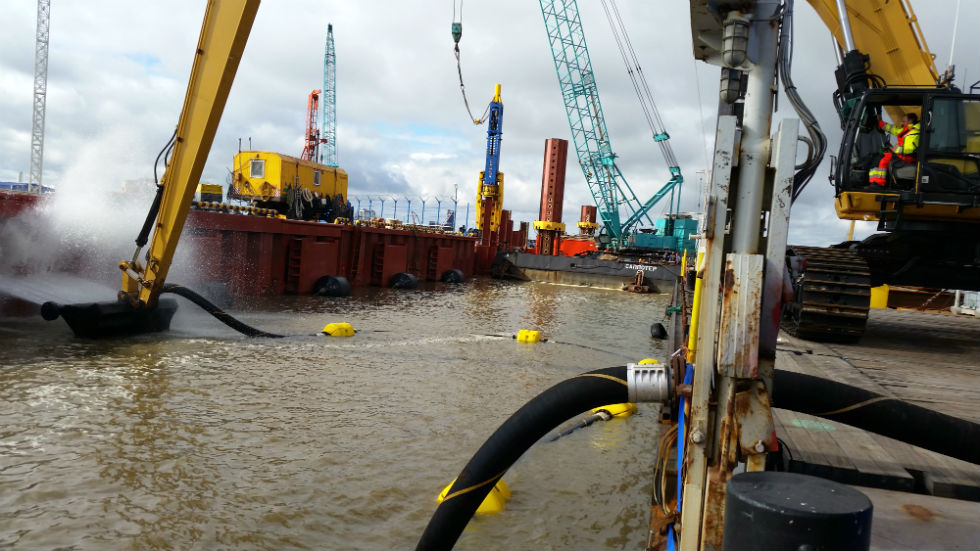 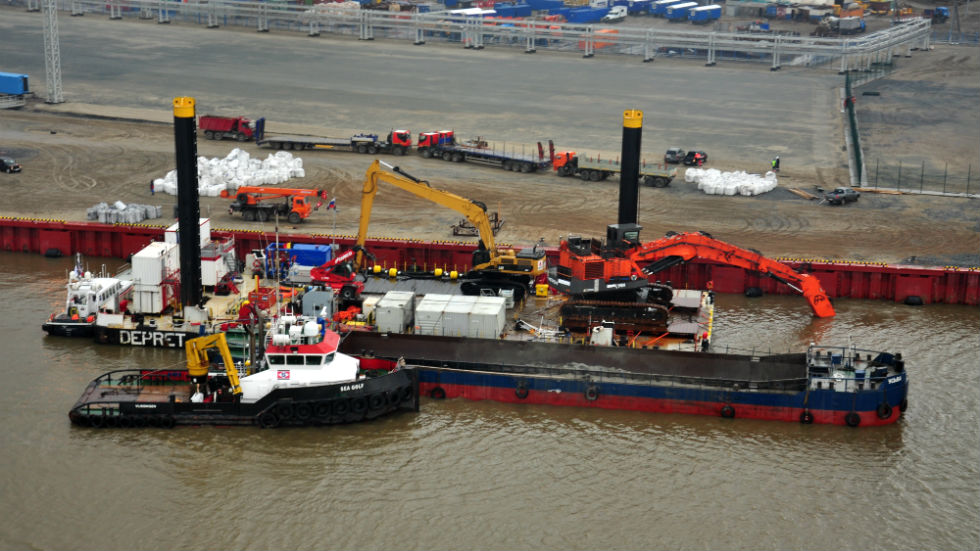 Until a few years ago, Sabetta in the Yamal Peninsula was a location known only to the Nenets, the local herders. Now that it is common knowledge that the 700 kilometre long peninsula contains the world’s largest gas reservoir, an industrial complex has developed in Sabetta.

Snijder’s contribution to his gigantic project will lead to the creation of a channel, turning basin and a port  accessible for super-modern LNG ships.

This calls for deep digging in the permafrost using a modified Hitachi 1900 with a reach of 32 metres. In the permafrost, you literally work centimetre by centimetre. Just like working along the quay walls. Working on the water, off a pontoon, makes the job extra challenging.

For this project, the equipment was completely reconstructed to move heavier blocks at a greater distance. In addition, special bucket teeth were assembled for the permafrost and the undercarriage was extended substantially.